Discharge Planning from a Patient Perspective 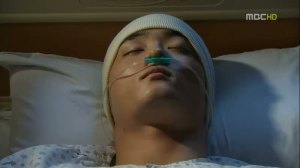 This is an article I wrote for a discussion group on “Discharge Planning” but I’m sure many7 of you dialysis patients can relate to it.

I never really thought about “Discharge Planning” until I came across this website on the internet and began reading about it.  As a patient, I’ve been passively involved in the process and now, as I look back, I can see where I’ve been the grateful recipient of good “discharge planning”.  I’ve had some good experience with discharge planning as a patient lately where I was clearly briefed by the nursing staff before I left the hospital or the day surgery unit.  I was not released until someone came to pick me up and I was gleefully wheeled to the curbside pickup in relatively good condition where I was taken home.  However that’s not always been the case.  My bad experience with Discharge Planning was a few decades ago when I was freshly out of college and working on my post-grad studies.

I had just dropped off a friend at his home and was driving back to mine.  It was a residential area with a speed limit of 25 miles per hour.  I stopped at a corner, looked both ways, and proceeded to cross the intersection.  The next thing I know, my car is t-boned and pushed 180 feet sideways by someone travelling at over 50 miles per hour.  From the impact, the only space left in the car was where I was seated.  I was pretty much okay with no external injuries but I had hit my head on the passenger door that was now in the driver’s seat.  I sustained a concussion and had a severe case of amnesia.  It was a strange experience because I was conscious of my condition from a third-person perspective yet I had no idea who I was.  I went through my wallet as the policemen investigated the crash but all I knew at that moment was I had graduated from college because I had a wallet-sized copy of the diploma.  I didn’t even know my name or where I lived until I came across my driver’s license.  I kept reading it over and over; trying to remember anything I could about the person whose picture matched my face.

I was transported by ambulance to the nearby ER and a couple hours later, I was released from there with a “head sheet”.  I recall reading it and noting the symptoms of a concussion including that I should watch for vomiting, disorientation, mood swings, headache, etc.  It said very clearly that I should also not be alone for the next 24 hour as I may lose consciousness and, if I should have these symptoms, I should return to the ER.  That was all well and good but I still didn’t know who I was or where I lived.  I stood on the steps outside the ER and considered my situation.

I returned to the ER and spoke to the receptionist.  I tried to describe  my predicament to her.  I explained that I didn’t have any transportation at the moment because my car was totaled in the accident and that I only knew my name and where I lived because  it was on my driver’s license.  She offered to call me a cab but I didn’t have any money in my wallet so I couldn’t pay for it.  She asked if there was someone I could call — “a friend or someone like that”.  Amazingly, out of the fog of what little consciousness I had, a phone number came into my head.  I had no idea whose it was but she dialed it and someone answered it.  It was a friendly, vaguely familiar voice and the person on the other end recognized me.  I explained what happened, where I was, and that I needed a ride home (wherever that was) from the hospital.

The nice person who answered my call came and got me but on the way to my house, he suspected something was very wrong. I recognized his face.  It was familiar but I didn’t know his name or how I knew him.  In fact, he was a very close friend with whom I’d worked very closely for the last two years.   So, instead of taking me to my house, he took me to his parent’s home nearby.  They were kind enough to put me in their guestroom but they also suspected something was very wrong.  I didn’t recognize them although I’d been in their home a hundred times before.  After a few hours and my memory wasn’t returning, they took me to another hospital ER where I was admitted after a very quick examination.

The last thing I recall from that day was walking onto the “Brain Injury Unit” holding all my paperwork in my hand and reporting to the nurse at the desk.  She asked where the patient was and, when I responded that I was the patient, she  explained that “Patients don’t usually walk onto this unit.”   I still had my “Head Sheet” in my hand when I got to the room, put on the gown I was handed, and got into the bed.   I awakened four days later from a coma.  The doctor and nurse were discussing my case when I woke up.  “I have a really bad headache”,  I exclaimed.  They laughed but I didn’t catch the joke at the moment.

I tell this story because it is a very good example of very poor Discharge Planning.  I was released from a hospital’s ER with no idea of who I was or where I lived.  They knew I had a head injury and amnesia, yet I was left to care for myself in clear contraindication of that on the “Head Sheet” I was given.  Fortunately, I survived and I can tell this story and because I had good friends who didn’t leave me alone and took me for treatment at another hospital.

I still question how I was “discharged” from the first hospital ER in the condition I was.  I have no idea how I could have gotten home that day or what might have happened if I did get home.  I lived alone.  If a hematoma had developed or I’d lost consciousness and fallen, there would have not been anyone there for me.  In fact, I did lose consciousness and, fortunately, it was in a hospital bed.   But, obviously there was no one in that first ER who asked, “What is the patient going to do after he leaves this hospital?”  There was no “discharge planning” in my case.

I am a person with ESRD (End Stage Renal Disease) which means my kidneys don't work. Forty or so years ago that would have been a death sentence but today there is Dialysis which means I can be hooked up to a machine that will clean my blood as the kidneys should. Three days a week, I go to a center and have too very large needles stuck in my arm to remove and replace my blood as it passes through a process where it's cleaned and the fluid is removed, a process taking a little over four hours each time. I want to advance knowledge about dialysis so that other patients can learn from my experience and mistakes. We shouldn't have to reinvent the wheel, eh? There is so much to be learned and experienced about our predicament. There are vast resources available to support us and enrich our lives but many patients don't know about them. There are also many issues that we have to deal with whether we want to or not. So I blog about them. All comments are confidential until I approve them. If you don't want your comment public, let me know and I will respect that. So, feel free to leave a comment. Enjoy.
View all posts by DevonTexas →
This entry was posted in disability, disaster planning, Discharge Planning, patient care, Patient-Centered Care, personal, Social Work and tagged disaster planning, Discharge Planning, medical, patient, patient care, patient-centered care, patients, social work. Bookmark the permalink.

1 Response to Discharge Planning from a Patient Perspective