Dialysis and Weight Loss – Part One 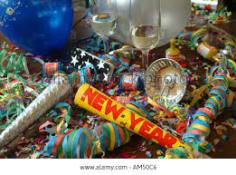 Suffice to say,  I was heavy!   I am five foot, six inches tall and I was 318 pounds.   That didn’t seem much until I finally looked at myself honestly and came to the realization that I was FAT!  I was OBESE.

Want to know what made me snap into reality and stop ignoring my situation?   I needed help with everything event putting on my shoes.  In fact,  I couldn’t see my feet.  I hadn’t seen them in a  few years!  I hated being so helpless.

Just as my CKD went from one to four, my weight increased because I had no energy to do anything.  My son who was living with me at the time thought I was lazy.  I wasn’t lazy.  I was working eight to ten hours a day, driving 90 minutes in heavy traffic to and from work, cooking dinner, and collapsing into bed only to do that five days a week.  Come the weekend, I slept and rested so I had the energy to repeat that same grueling process.  Frankly, I only had enough energy to eat.

Some weight gain may have been after I started dialysis because I recall my “dry weight” going from 129 kilos (283lbs) to a “wet weight” of 145 kilos (319lbs).  Frankly, I was in denial and I didn’t pay enough attention.  I just wanted to get hooked up and get out.  I was far too busy to think clearly about it.  However, during this time I did think about doing something because a friend at work subtly encouraged me.  At his suggestion, I looked into it but my insurance wouldn’t cover bariatric surgery in spite of the fact I needed it badly.  I even considered paying for it myself but I didn’t have the ten thousand dollars ($10,000)!  Also, at that time, in order to qualify for the surgery, you had to jump through more loops such as lose 40 pounds.  Dang!  If I could lose 40 pounds I wouldn’t need the surgery, right?

It took a while for me to recover some energy but instead of benefiting from that, I began cooking and… wait for it….  eating!  I believe I put on another 20 kilos.  However, I was eating more of a kidney-friendly diet, if that is a good enough reason.  By 2014, I was going in at 140 to 143 kilos and coming out at 137 or so kilos.  I was stressing my body with all the weight and the fluid weight. Another few years like that and I probably wouldn’t survive or I’d be in really bad shape.

Rather than face the reality of extreme weight I chose to start accommodating that “disability” and the eventuality that I would end up in a wheelchair because I wouldn’t be able to walk due to the fat.  (You can imagine the courage it took to face this reality.  It’s so much easier to just ignore it and make accommodations.)

This is the end of Part One.  I will complete this as a Two or Three Part series because I have much too write about WHY weight loss is important to me and may be to other dialysis patients. I’ll provide some information about the bariatric surgery options and I will also explain why I chose the one I did.  I’ll detail what I went through with my lapband,  There’s a lot to tell. So, if you have a weight issue or know someone with it, you’ll want to read the next parts.  I should have Part Two completed in the next few days.

I am a person with ESRD (End Stage Renal Disease) which means my kidneys don't work. Forty or so years ago that would have been a death sentence but today there is Dialysis which means I could be hooked up to a machine that would clean my blood as the kidneys should. Three days a week, I went to a dialysis center and had too very large needles stuck in my arm to remove and replace my blood as it passed through a process where it was cleaned and the fluid was removed, a process taking a little over four hours each time. In November 2017, I received a kidney transplant from a deceased donor. My life went into overdrive. With a "new" functioning kidney, I no longer had to go to a dialysis center and my days were not open to be lived rather than recovering from dialysis which meant dialyzing for three days and resting for 4 days a week. I work full-time and often 50 hours per week. It is something I never imagined. I highly recommend it! HeeHee I want to advance knowledge about dialysis and transplant so that others can learn from my experience and mistakes. We shouldn't have to reinvent the wheel, eh? There is so much to be learned and experienced about our predicament. There are vast resources available to support us and enrich our lives but many patients don't know about them. There are also many issues that we have to deal with whether we want to or not. So I blog about them in www.DevonTexas.com All comments are confidential until I approve them. If you don't want your comment public, let me know and I will respect that. So, feel free to leave a comment. I also blog in LegacyTales in WordPress if you are interested in the ramblings of a Old Man. Give a peek and let me know what you think. https://legacytales.wordpress.com/ Enjoy.
View all posts by DevonTexas →
This entry was posted in activism, CKD, cooking. cookbook, dialysis, diet, dry weight, ESRD, fluid control, Insurance, kidney, Kidney Diet, Kidney-friendly, Medicare, patient care, personal, recipes, Social Work, thankful, thoughts and tagged CKD, dialysis, diet, ESRD, kidney, Kidney failure, patient, patient care, treatment, weight reduction. Bookmark the permalink.

1 Response to Dialysis and Weight Loss – Part One