Dialysis, ObamaCare, and the IPAB Panel 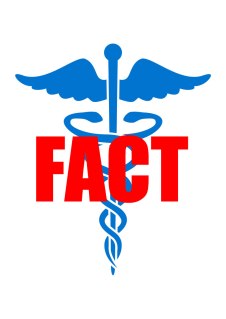 Lately the big news item related to the Affordable Care Act (ACA) or ObamaCare is about the Independent Payment Advisory Board (IPAB).    As usual, there’s a great deal of confusion about the IPAB and some of it intended.   I’ll attempt to set the record straight.  It’s particularly upsetting to dialysis patients because we are extremely dependent on what happens to us in the ACA and under ObamaCare (the ACA and ObamaCare are the same.  Let me clear that up immediately!)

I wrote previously about Dialysis and ObamaCare and also wrote about it in an update to the posting.   You can read about those if you want more information about how ObamaCare might effect dialysis patients.

The IPAB is set up under the ACA.  It’s membership will be 15 members  appointed by the President and subject to confirmation by the Senate.  Both parties (Republican and Democrat) will nominate six members each for a total of twelve.  The remaining three members will be Secretary of Health and Human Services, the Administrator of CMS (Center for Medicare and Medicaid Services) and Administrator of the Health Resources and Services Administration.  Other than those three, the others cannot hold any other job while they serve their six year term of office and cannot serve more the two terms.  There cannot be a majority of members who have a relationship to the delivery of Medicare services. (How they are going to do that, I don’t know!)  The members will be paid as government employees.  They will have to disclose any financial or possible conflicts of interest.

The purpose of the IPAB is to review the delivery of service to Medicare patients and decide which are most cost-effective and effective in the treatment of patients. To quote from the wikipedia article,  the IPAB is charged with: “the explicit task of achieving specified savings in Medicare without affecting coverage or quality.” So, they must increase or maintain the quality of medical treatments while reducing the costs.

This is where the confusion comes in.  Some people are trying to label the IPAB a “death panel” and say that it will decide WHO gets treatment and who doesn’t.   That’s not true.  Rather, the IPAB is looking at the various treatments for a particular condition and determining which are most effective to the patients and cost-effective to the government (Medicare and Medicaid).

In the case of dialysis patients, this may have little effect concerning the dialysis treatment but may effect the other treatments such as our Epogen, iron supplements, etc.   I really don’t expect it to effect dialysis patients much at all.

The whole affair is getting more confusing by the minute because it’s being politicized.  In their Letter to the President, the Republicans said they are concerned that the IPAB will cut payments to providers who take Medicare patients in such a manner than the providers will no longer take Medicare patients.  They are fearful that seniors will not be served due to the cuts made by the IPAB for certain treatments.

The IPAB doesn’t have sole discretion in their decisions.  Everything they do and all decisions are subject to Congressional review.  If Congress disagrees with an IPAB decision, they can overrule it. There are “checks and balances”.

The Republican position is that they want to repeal the IPAB and, in fact, the entire ACA and replace it with something new.  In other words, they want to throw out the entire ACA and start all over again.   I can’t imagine that happening.  Any repeal of IPAB or ACA would have to get passed by the House (which it could since the Republicans have a majority) and the Senate (where it wouldn’t since the Democrats have the majority) and then get signed by the President (he would probably veto it),

Also, if you remember, the ACA took a couple years to get written and a couple years to get passed by Congress.  Throwing out the ACA and starting over would take several more years and be very confusing as some significant changes have already been enacted since it was signed into law on March 23, 2010.  In that time,  several major parts of the law have been installed. What would happen to those?

For example, because of the ACA, patients with existing conditions can’t be denied insurance, the lifetime and annual maximum payment by insurance companies can no longer apply,  dependents can stay on their parents’ policies until age 26 and they don’t have to be living with the parent, the so-called “Donut Hole” is reduced and eventually eliminated,  insurance companies can no longer spend more than 20%  on administrative costs and most spend 80% of the policy premium for medical coverage.

I could go on.  You can read it for yourself in the link above.  The simple fact is, repealing the ACA is really out of the question as it would be complicated and confusing.  Replacing it would take years.

The Republicans probably won’t win at this but they will continue to try.  They’ve dug in their heels.  We’ll have to see what happens.

So, the IPAB is not a “Death Panel” and there is nothing in the ACA that creates anything like that.  Any “panels” set up under ACA are to review and evaluate the cost and effectiveness of treatments and don’t pertain to any specific patient.  They don’t review patients.   Rather, they are there to figure out how to best save money while benefiting the patient population.  That’s not a bad idea and the Republicans should be embracing it because it saves money and reducing spending.

I am a person with ESRD (End Stage Renal Disease) which means my kidneys don't work. Forty or so years ago that would have been a death sentence but today there is Dialysis which means I can be hooked up to a machine that will clean my blood as the kidneys should. Three days a week, I go to a center and have too very large needles stuck in my arm to remove and replace my blood as it passes through a process where it's cleaned and the fluid is removed, a process taking a little over four hours each time. I want to advance knowledge about dialysis so that other patients can learn from my experience and mistakes. We shouldn't have to reinvent the wheel, eh? There is so much to be learned and experienced about our predicament. There are vast resources available to support us and enrich our lives but many patients don't know about them. There are also many issues that we have to deal with whether we want to or not. So I blog about them. All comments are confidential until I approve them. If you don't want your comment public, let me know and I will respect that. So, feel free to leave a comment. Enjoy.
View all posts by DevonTexas →
This entry was posted in ACA, Affordable Care Act, dialysis, ESRD, Obamacare, patient care, politics, thoughts and tagged ACA, Affordable Care Act, dialysis, ESRD, patient care. Bookmark the permalink.

2 Responses to Dialysis, ObamaCare, and the IPAB Panel

It WAS mostly Origami Owl, but meow it’s just about me