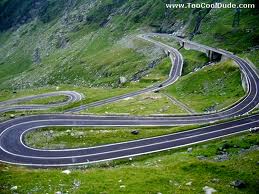 I posted previously on the issue of my EEOC complaint against my former employer and the subsequent Mediation.  It’s all a bit complicated.  I went through this previously with another employer while I had CKD.  At the time, I didn’t know enough about CKD and the effects it would have on my mental functions and physical abilities.  I posted about that in CKD and Your Job.

Then I got a new job, worked there for almost five years and was terminated because of my dialysis treatments.  Although they were careful not to say anything of the sort, it was because I had to leave early three days a week for my dialysis.  The CFO found that upsetting although he didn’t note that I came in early everyday to make up for the “lost time”.   Hours-wise I was working 40 hours a week but that didn’t satisfy them.  I came in early every day, turned on the lights in the building, turned off the alarms, and got to work before anyone else arrived an hour later.  Then, as I wrote about in “Dialysis and your Job (Part 2)” , I was l”laid off” or terminated.

I filed an complaint with the EEOC as I wrote about in “Dialysis and the EEOC” .   It was a long process, taking over a year to get to the point when I finally met with the caseworker and was approved to move forward with my complaint.  I attribute my success in that with the fact that I had carefully prepared all the necessary documentation to support my complaints.  After that meeting, I figured we would be moving quickly but it took several months before I got the call that the EEOC was ready to schedule the actual mediation meeting between me and my former employer.  I wrote about in “Dialysis and EEOC Mediation.

I’m sorry that this is so long and detailed but the process took from November 2011, to February 2012, and then into 2013 before it finally got settled.  It’s been a very long road with many twists and turns.  I’ve been careful to write about it so, if your unfortunately faced with this, you can benefit from  my experience and save yourself a lot of pain and suffering.  Dialysis is bad enough but being unfairly terminated adds to it.

So we all met in a conference room at the EEOC offices, the HR guy from the company, the lawyer for the company, the mediator, me and my son who was there because I couldn’t see well enough to read anything.  Both parties gave their opening remarks.  I explained my complaints and the company offered their defense.  Then we broke into two different conference rooms where we’d remain for the duration of the process.   The mediator went back and forth between the conference rooms several times as we negotiated a settlement. About three hours later, we had an agreement.  Part of that is a “non-disclosure agreement” that prevents me from saying anything about the terms of the settlement, so I won’t.   Suffice to say, neither party is ever “happy” with a settlement.  They gave up some, I gave up some, but we settled and it’s over.

It’s anti-climatic.  After over a year and a half of waiting, reviewing documents, websites, and materials, preparing my case, documenting my complaints, and meeting in those conference rooms, it was all over in a few hours.  If we had not reached an agreement, the case could have gone to a federal trial.  The number of cases that get to that point is about three percent of the complaints.  The EEOC doesn’t want to do that if it can be avoided. Hence, the medication process. Most of the cases are settled in mediation like mine.

Leaving the decision to a judge or jury is a coin-toss as to how it will come out.  The option of selecting a judge or jury goes to the defendant in the case, not the complainant.  Most of the federal judges in Texas side with the employers because they have some bias towards them.  It can’t be avoided.  They were selected by the Republican Senators and so they tend to be “conservative” and side with the companies.  Also, this process can take a couple years because the number of cases has been increasing and the number of judges decreasing.  There’s also the chance the EEOC may not decide to take the case to court, leaving me high and dry.  I didn’t care to take the chance so I settled in mediation.

I hope this has been helpful but I also hope you don’t have to go through this.  It’s a fact, however, that many people are terminated because of their kidney failure and the resulting complications in the workplace due to dialysis, medical issues, physical issues, frequent doctor appointments, etc.   They rarely push the issue and file a complaint with the EEOC.   I did and, although it’s long and complicated, it’s worth it even just for the satisfaction that I fought against the company and made them pay for their unfair termination.

I am a person with ESRD (End Stage Renal Disease) which means my kidneys don't work. Forty or so years ago that would have been a death sentence but today there is Dialysis which means I can be hooked up to a machine that will clean my blood as the kidneys should. Three days a week, I go to a center and have too very large needles stuck in my arm to remove and replace my blood as it passes through a process where it's cleaned and the fluid is removed, a process taking a little over four hours each time. I want to advance knowledge about dialysis so that other patients can learn from my experience and mistakes. We shouldn't have to reinvent the wheel, eh? There is so much to be learned and experienced about our predicament. There are vast resources available to support us and enrich our lives but many patients don't know about them. There are also many issues that we have to deal with whether we want to or not. So I blog about them. All comments are confidential until I approve them. If you don't want your comment public, let me know and I will respect that. So, feel free to leave a comment. Enjoy.
View all posts by DevonTexas →
This entry was posted in ADA, ADEA, CKD, dialysis, discrimination, ESRD, layoff, personal and tagged ADA, ADEA, Americans with Disabilities Act, dialysis, ESRD. Bookmark the permalink.

It WAS mostly Origami Owl, but meow it’s just about me

Read our Mission. Find out how you can help us adopt James.